Kenya Horticultural Exporters (KHE) is a family-owned company and has been there for the last 45 years. They have sites in Kenya (Naivasha, Nairobi, Mwea, Rupingazi and Nanyuki) where 90% of their production goes to the UK market.

Their major crop is beans grown in different varieties that include fine beans, extra fine beans, and runner beans. Additionally, they also grow a variety of peas such as sugar snaps, garden peas and baby corn. KHE are also the biggest growers of raspberries in Kenya and have also recently introduced blackberries and avocados to their family of fruits. 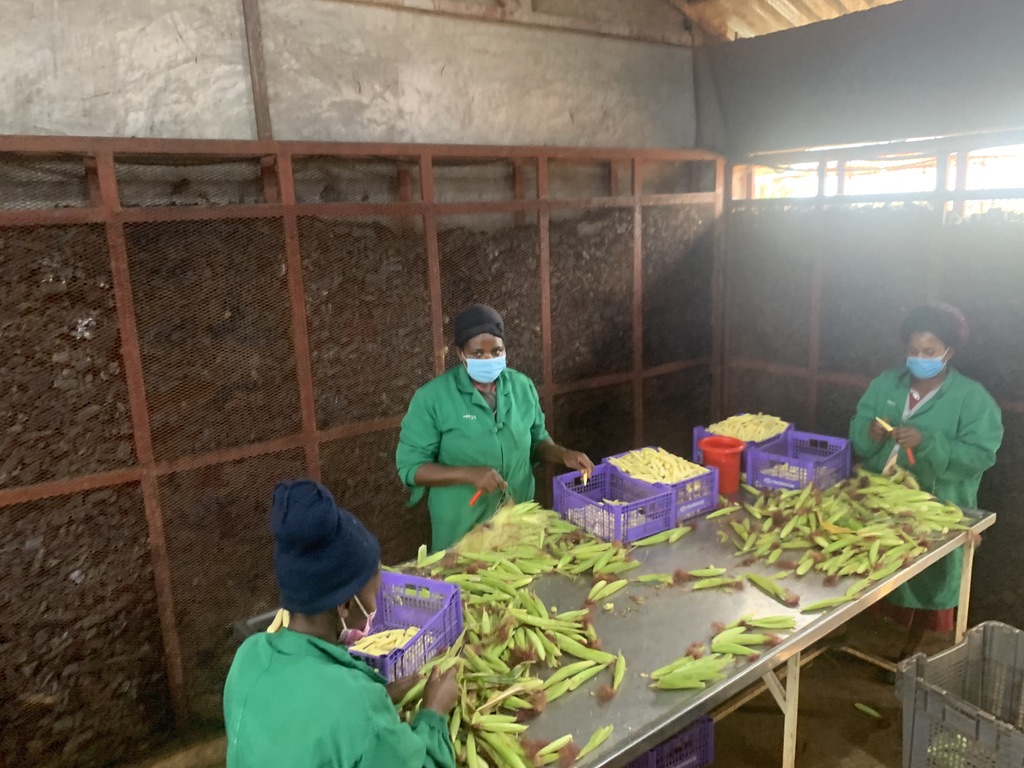 KHE faced several challenges specifically, with their baby corns and broccoli grown in Rupingazi, an area known for extremely hot temperatures. They argued to have experienced logistical challenges, post-harvest issues such as dehydration, early onset of rotting, loss of flavor due to product deterioration, with a need to increase shelf life. Additionally, KHE also faced challenges in high energy usage that spiked their electricity bills caused by intense cooling requirements. The aim was to put them into a pre-cooler as soon as possible and transport them to the packhouse in Mwea. They wanted a solution that could increase the quality of the baby corn once de-husked and reduce yellowing of the broccoli at the farm in Rupingazi, where they preferred not to build a permanent structure. 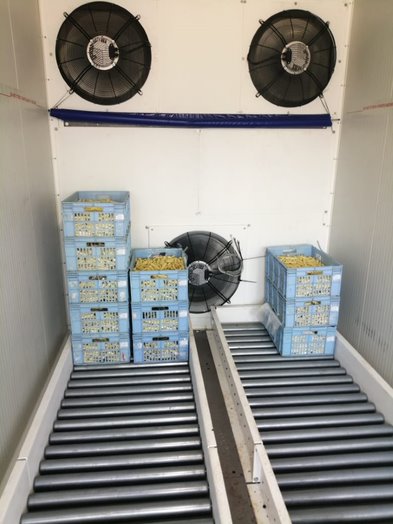 InspiraFarms mobile pre-cooler was the best solution. The mobile pre-cooler is a portable, quick, and field-level response to reduce external temperature shocks on fresh produce immediately after harvest. It integrates a forced air-cooling (up to 200Pa) and humidity control system that allows highly efficient chilling for removing field heat at source ensuring better product quality and a longer shelf life. It is also fitted with a condenser and blower unit, with ultrasonic humidifier with an osmosis system and UV light that reduces dehydration during cooling and purifies water for reducing risk of diseases. The integrated remote monitoring system allows the supervision and consistent measurement of storage conditions, energy consumption and machinery performance.

KHE have since seen a reduction in logistical challenges and have significantly reduced their amount of loss during transit. They are also saving 30kWh per day of operations as a result of grading and de-husking at the farm level, increasing quality of produce delivered at their processing facility, while reducing waste transported to and from the farm.

The agribusiness has reached more than 15 out-grower farmers, of which 6 are female and 9 are male. They have also generated 25 new permanent jobs, where 25 are occupied by women and 4 by are men. One large central cold storage unit would we able to cater for 50-70 farmers.

KHE plans to increase the mobile pre-coolers, for their biggest farm located in Naivasha, as well as packhouses in their other farms in Kenya.