Get key information on the 2022 Avocado Market Trends

There has been a growing consciousness among consumers regarding their health, whose concerns can be met by avocados, a superfood rich in omega and other multi-nutrient qualities. This has helped drive the avocado market worldwide, including the seasonal demand for one of the most nutrient-dense foods rich in fibre, fats, folate, potassium, vitamin E, and magnesium. Moreover, the expanding food retail business and the growing product launches of avocado-based products, including dips in fast food retailing enterprises have increased the demand for avocado usage in various cuisines and restaurant chains. According to the Agricultural Outlook 2021-2030 report from the Organization for Economic Cooperation and Development (OECD) and the Food and Agriculture Organization of the United Nations (FAO), the avocado is expected to become the second-most traded tropical fruit by 2030, after bananas. Finally, across the world, the most commercially traded varieties include Hass, Fuerte, Ettinger, and Pinkerton Avocados.

Avocado consumption around the world.

In 2021, consumption reports by Statistica showed that, Mexico remained as the top consumer of avocados, with a per capita consumption of 8.1 Kgs. On the other hand, the US had a decline in per capita consumption, dropping to 3.8KGs, from 4.1 KGs in 2020. However, the US market has been absorbing record avocado volumes in 2021, standing at 1.32 million tonnes. This has been fuelled by consumers looking for healthy and versatile options, global economic recovery in 2021, and increasing food service activity.

According to the still preliminary figures by FRUITROP, avocado consumption in the EU27+UK increased by approximately 8 % in 2021, to reach nearly 720 000 t. This was a higher performance than the US, which stood at a 4 % increase, according to also preliminary figures. By country, the analysis reveals that in that market, France remained the top, with consumption increasing by 4 %, compared to 2020.

According to CBI, in 2021, the average consumption in Europe, was approximately 1.33 kg per capita, while the US and Canada stood at 3.8KGs and 2.5KGs respectively. Mexico, the world’s largest avocado producer in 2021 consumed 6.5-7 kg per capita. Finally, Scandinavia and France had the highest consumption rate per capita, but the recent growth is most notable in countries where consumption is still relatively low such as Germany, Italy and Eastern Europe.

According to a report by QY Research, avocado consumption is expected to keep increasing steadily with the increase in the population in the United States. Monthly shipments of avocados to the United States set a record in 2021 at nearly 320 million pounds, representing a 33% increase compared to 2020. This number was projected to increase at a compound annual growth rate (CAGR) of 6.4% between 2022 and 2028. In Mexico, the world’s largest avocado producer, there was a decrease in volume in 2021. But in the mid-term (2022-2028,) Mexican supplies were projected to increase by 5.2% annually to satisfy the growing demand in the United States. Furthermore, in 2021, Countries such as Peru, Colombia and Kenya continued their growth with double digits, with most of their exports predestined for the European market. This trend was expected to remain consistent throughout the 2022 market. 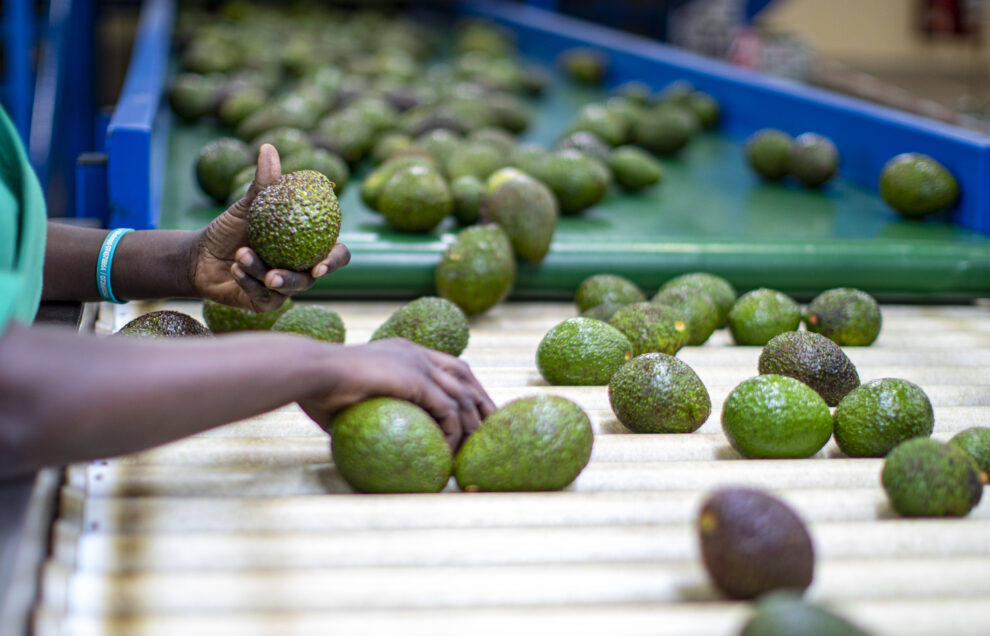 According to research by World’s Top Export, worldwide, avocado exports by country totalled $7.27 billion in 2021. That dollar value reflects an average 28.5% increase for all avocado shippers compared to $5.66 billion in 2017. Additionally, from 2020 to 2021, the value of globally exported avocados grew by 13.2% from $6.42 billion in 2020, thanks to a decline in the impacts of COVID-19 on global fresh produce markets. Mexico, Netherlands and Peru, were, in 2021 the biggest exporters of avocados. Added together, shipments from these three markets accounted for 71.4% of the worldwide value of avocado exports. By continental value, North American countries generated the strongest value in export for avocados in 2021, with shipments valued at $3.1 billion or 43.1% of the global total. Other continents such as Africa Oceania, and Asia accounted for the smaller value of avocado exports, at 5%, 1.5% and 1.4% respectively.

The United States and European Union are expected to remain the most significant global avocado importers, accounting for 40% and 31% of global imports in 2030, respectively. By region, France is the largest avocado-consuming country in the European Union, with one-third of the total avocado supply reported to be consumed out of the home. Most of these countries get at least part of their supply through the Netherlands, which is the largest importing country of avocados in Europe.

The Netherlands is the main trade hub for avocados in Europe and is responsible for half of Europe’s avocado imports. But country, it is also the second-largest non-producing exporter of avocados in the world, with large volumes being re-exported to Germany, France, and the United Kingdom. In 2021, the Netherlands remained a trade hub for avocados.

Long-standing impacts of COVID-19 on the avocado market

Accordingly, Mexico experienced an estimated 8.1% fall in exports in 2020, to 1.3 Mt. Meanwhile, favourable weather and successful investments in production expansion stimulated significantly higher supplies from Peru, Colombia, and Kenya, three emerging avocado exporters. All these three suppliers were thus able to achieve double-digit growth in exports in 2021 when COVID-19 impacts subsided and together accounted for about 25% of total global exports. This trend was expected to have continued in 2022, with Mordor Intelligence projecting a 6.0% progressive annual CAGR growth for the 2021-2026 forecast range, with 2020 as the base year. Imports by the United States, the largest importer of avocados globally, declined by an estimated 14.3% in 2020, largely due to lower demand from the hospitality sector and lower supplies from Mexico. On the other hand, imports into the European Union, where out-of-home consumption also accounts for a substantial share of total avocado consumption, declined by an estimated 2.5% in 2020 due to the impact of COVID-19 but picked up in 2021.

In 2021, the global market for avocados was estimated at $9.14 billion, a continued upward trend since 2012. The avocado market is projected to reach USD 19.9.05 billion by 2026, registering a CAGR of 6% during the forecast period. By 2030, the global production volume is expected to reach 12 million tonnes, three times more than a decade before. For growers and exporters, it will be important to focus on efficient post-harvest cooling solutions, to access these new markets.

There have been changing favourable regulations and new markets, avocado-producing countries can tap into this growing market. For instance, in 2022, China allowed avocados from Kenya to enter their market, as the first African country to export fresh avocados to China. Such favourable trade initiatives are vital to the management of the fruit’s highly dynamic supply chain and prices and ensure a sustainable market supply all year round. In so doing, importers and consumers can leverage increasing global production while the producers and exporters take advantage of the burgeoning demand and lucrative markets.

Interested in on-farm pre-cooling and cold chain for your fresh produce?

Get in touch to find the best solution for you now!

Ask for a quote