Reviewing 2022, there were several themes that emerged in the business world. This article highlights eight top stories in the fresh produce sector in Africa, that made a significant impact on how the sector will perform and grow in 2023.

In 2021, China identified agricultural imports from Africa as one of the areas for trade growth. To mark this, in 2022, President Xi Jinping promised to import US$300bn of African agricultural produce by 2025. Till 2019, China had locked out the fresh produce from Kenya due to the prevalence of fruit flies locally. However, following the successful completion of a rigorous Pest Risk Analysis by the Kenya Plant Health Inspectorate, (KEPHIS) and the National Plant Protection Organisation of China (NPPO), the parties identified quarantine pests of concern to China, and found systems of control before export.

The deal to export avocado to China was agreed upon in April 2019 between President Uhuru Kenyatta and Xi Jinping. Yet, it required Kenya to export only frozen avocados, which most exporters could not handle owing to the high cost of freezing and post-harvest maintenance demanded.

At the end of July, KEPHIS confirmed that the (NPPO) had finally approved 15 orchards, nine packhouses and one fumigation facility, including Kakuzi’s orchards and packhouses. This led Kenya to export its first avocados to China led by the major player Kakuzi. In total, Kenya exported Sh7 billion worth of avocados to China in the three months leading to October.

2. Cost of load shedding on agriculture in South Africa

In most African countries, the Agricultural Sector largely depends on the national grid to produce and process for both local and international markets. On farms, producers rely on electricity to pump water for irrigation purposes. Therefore, load shedding has a devastating impact on production. In 2022, electricity cuts became the bane of the South African industry, since in February, the National Energy Regulator of South Africa (Nersa) authorised the national power utility Eskom to increase its tariff by an average of 9.61% for the 2022/23 financial year.

During this time, Eskom implemented the first load shedding thanks to inadequate national energy supply to meet demand. This was mainly because of the many unplanned maintenances required at Eskom’s ageing coal-fired power stations.

The impact of this was felt throughout the value chain. Most notably, load shedding caused damage and disruptions to the cold chain, which is critical to ensure food quality, safety and shelf life for highly perishable fresh products. As it stands, all pack houses, abattoirs, and cold stores are dependent on electricity. And South African producers reported having had to spend up to $5,800 per hour during load shedding to avoid prolonged outages that could result in food loss.

Poultry processors were not left behind, as each carcass needs to be cooled to below 7°C within 45 minutes of being slaughtered. And after the meat is cut, it needs to be in either cold storage or a freezer. However, their processing capacity has dropped drastically, and the cost of running backup generators per hour increased their cost of operations. The risk of rejections has also risen, as temperature breaks in phytosanitary shipment protocols are grounds to disqualify products from eligibility for foreign markets and by local retailers. markets.

The European Union still accounts for the largest ratio of Kenyan horticultural exports taking in 45% of the sales majorly comprising cut flowers, French beans, snow peas and a variety of Asian vegetables. However, genetically modified crops (GMOs) are yet to be fully adopted in Europe, which has a zero-tolerance policy for unapproved GMOs, and stringent regulations on products originating from or containing GMOs.

On the 3rd of October 2022, President William Ruto announced that his government had authorised the cultivation and import of genetically modified crops (GMOs) and animal feeds and lifted the ten-year-long ban.

As a result, some European buyers of Kenya’s horticultural produce raised concerns about the impact this authorisation had on the fresh produce ecosystem. Locally, this meant that exporters were forced to carry out extra certification to confirm that their products had not been enhanced by the technology.  According to the CEO of the Fresh Produce Consortium of Kenya, Okisegere Ojepat, they have received many queries from buyers in Europe, on whether what they are receiving is still GMO-free, asking to be shown proof through additional certification.

4. The impact of the war in Ukraine on fresh produce trade

By 2022, the African continent was yet to fully recover from the socio-economic repercussions of the COVID-19 pandemic. And, when the unfortunate Russia-Ukraine invasion happened in February of 2022, it posed another major threat to the global economy, with many African countries being directly affected. Although, Russia and Ukraine’s agricultural imports (mainly fruits, coffee, and tobacco) from the African continent are marginal, averaging only $1.6 billion in the past three years, the impact on freight was grand. The sanctions imposed on Russia by Western countries further exacerbated commercial flows between Russia and Africa due to the closure of vital port operations in the Black Sea. 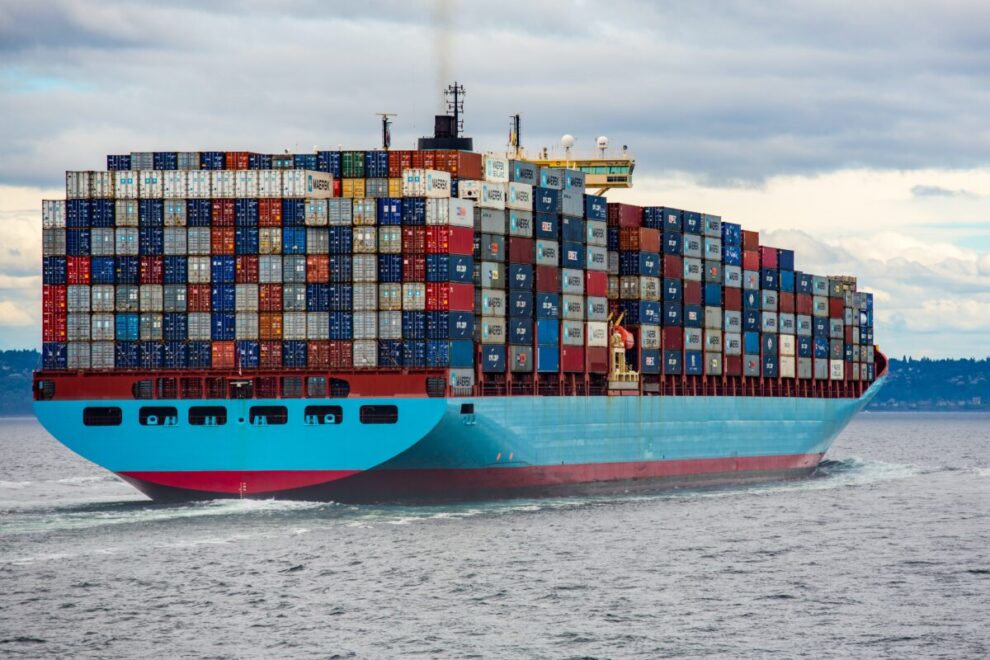 As it stands, Russia remains one of the world’s biggest exporters of fertilizers, and in 2022, concerns worldwide grew about a possible shortage of fertilizer. This would lead to rising food prices, with knock-on effects on agricultural production. Some regions, including the Horn of Africa and Sahel region, were at greater risk of food insecurity due to country-specific shocks, export restrictions, and stockpiling, especially if rising fertilizer and other energy. The war pushed up the price of natural gas, a key ingredient in fertilizer, and led to severe sanctions against Russia, a major exporter of fertilizer. Unfortunately, some African producers reported that they had to stop their operations, as it cost over 5 times more to purchase fertiliser.

In November 2022, Kenya and South Korea agreed on a roadmap that would lead to a free trade agreement between the two countries. In bilateral talks between South Korean Trade minister Dukgeun Ahn and his Kenyan counterpart Moses Kuria, the two agreed to enter into Free Trade Agreement negotiations, with plans to implement the agreement starting in January 2023.

Even as the negotiations progress, the two ministers agreed to conclude a Trade and Investment Promotion Framework that will be signed by 31st January 2023. The deal will address the challenges that hinder the smooth flow of trade, especially on Kenyan products such as coffee, tea, avocados and avocado products, cut flowers, nuts and fresh vegetables.

6. Zimbabwe given approval to export fresh citrus to China.

In January 2022, the two countries signed an export protocol agreement for the exportation of fresh citrus fruits from Zimbabwe to China. The fresh citrus allowed to enter China includes sweet orange, mandarin, grapefruit, lemon, and lime. However, those to export must be registered with the Ministry of Land, Agriculture, Fisheries, Water Resources and Rural Development of the Republic of Zimbabwe, and jointly approved by the General Administration of Customs of the People’s Republic of China and MLAFWRD. Before the deal, the quarantine pests of concern to China, from Zimbabwe included a total of 15 species, including the apple special-shaped curl moth, Mediterranean fruit fly, and bacteria of African Citrus greening disease.

However, China provided and approved a set of relevant provisions for quarantine control of these pests, which include specific cold chain protocol regarding pulp temperature, pre-cooling and contingency requirements if the cold treatment period is broken. Citrus would be the first-ever fresh fruit product to be exported from Zimbabwe to China, and Zimbabwe will be only the fifth African nation to be approved to export a fresh fruit product to China.

7. Rise in the cost of logistics and a shift to sea-freight.

The increase in freight rates is now a clear criterion to be taken into consideration, as regardless of the product, logistics have a strong impact on trade. If the cost of logistics is too high, it can slow down and even destroy trade activities. On the other hand, lower freight charges can open borders and create more opportunities for trading. The rising shipping costs and logistical disruptions throughout 2022 threatened the economic sustainability of many fruit and vegetable exporters and similarly affected other Southern Hemisphere countries.

In the past year, fresh fruit and vegetable exporters expressed their challenges with using air to transit their produce and conveyed their opt-in to use sea freight. In Kenya alone, the capacity to use air was cut down by an estimated 25-30% due to the rise in the cost of freight and the unavailability of cargo planes. Cumulatively, this caused many fresh produce traders to cancel orders and adopt extreme measures of discarding even up to a quarter of high-value produce. Last year, many exporters had to make major decisions on how to ship their produce to markets, either by air or sea. For most, the decision to use airfreight is guided by the need for a quick transit time. However, for many, the air is an already expensive mode which costs premium amounts of between 12-16 times more than the sea, leading to more adoption of sea freight in 2022.

Blockchain, digital applications, GIS, AI/ML models and IoT-enabled solutions can transform cold chain logistics, by improving supply chain visibility and enhancing trust between partners. In 2022, cold chain logistics increasingly became dependent on digitisation for real time monitoring and traceability. For example, the use of GPS enabled sensors in the refrigerated containers are providing real time temperature updates throughout the end-to-end journey of the commodities. Last year, such solutions to deliver better visibility and intelligence around production lifecycles, grew in importance, with a variety of solutions enabling exporters to optimise and facilitate efficiency by: